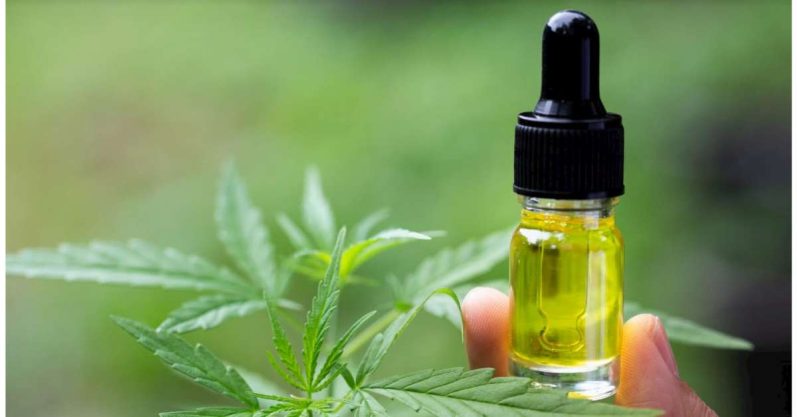 The CBD industry has coined a reputation of the Wild West due to the lack of regulation around the labeling and manufacturing standards. Research is one of the paramount considerations one should take when looking for CBD oils.

The source of hemp is very important, but the extraction method can make or break the quality of the end product.

Fly-by-night companies cut costs by utilizing chemicals such as butane and hexane. Aside from lying to customers and destroying volatile terpenes, chemical solvent extraction may leave a toxic residue if not purged properly.

Let’s make it clear, we don’t want to ingest toxic chemicals in a product that is supposed to be healthy.

That’s why you should purchase from brands that use CO2 extraction technology. This method ensures that the end product contains more terpenes and cannabinoids because it doesn’t use additional heat or solvents.

There is a reason why CO2 extraction is becoming popular. A study by Jin et al., published in the journal Natural Product Communications, examined the effects of supercritical CO2 extraction on a type of Japanese Cypress. The researchers were able to determine the essential oil makeup of the trunks and leaves of the tree.

Let’s take a closer look at CO2 extraction and its benefits for CBD users.

What is CBD CO2 Extraction

CO2 extraction involves the use of pressurized carbon dioxide to pull as many desirable compounds from the cannabis plant as possible — including cannabinoids, terpenes, and the plant’s essential waxes. What you get is a healthy-looking, gold, and viscous extract that you can later suspend in a carrier oil or use with thinners to make it vapable.

For CO2 extraction, versatility is the name of the game. When put under a specific temperature and pressure range, it can act as a solvent, but without the dangers associated with toxic solvents like butane or hexane. In its supercritical state, CO2 yields premium-quality extracts with consistent potency levels and exceptionally high purity.

A funny thing is that CO2 extraction isn’t reserved exclusively for CBD oils. In fact, this is a standard method in the herbal and food industries. If you have decaf coffee in your kitchen, then you have a product that relies on CO2 extraction to pull caffeine from coffee beans. Also, the majority of essential oil production relies on this technology.

Forward-thinking companies realized that traditional extraction methods carried certain risks, such as flammability, solvent toxicity, and wastefulness. Before supercritical CO2 was introduced, brands had relied on solvents such as methylene chloride, trichloroethane, or ethyl acetate — all of which are far from safe.

What Does “Supercritical CO2 Extraction” Mean?

There are a few ways to make CBD oils using CO2 extraction, but supercritical CO2 extraction is widely believed to be the industry’s golden standard. This technology relies on a process known as supercritical fluid extraction. The process involves using supercritical fluids to pull one component from another. CO2 is the most commonly used ingredient in this process, although some manufacturers modify it with a co-solvent such as alcohol.

Here’s how supercritical CO2 extraction works in a nutshell:

What is Subcritical CO2 Extraction?

While subcritical CO2 extraction isn’t as common as the supercritical one, it has its place in the CBD industry. The reason why only a few manufacturers use this variation is a smaller yield and time consumption.

Basically speaking, subcritical CO2 extraction is a similar process to supercritical, but it operates on lower temperatures and lower pressure.

Although it takes more time and is less efficient, it retains more cannabinoids, terpenes, and essential oils, reflecting the original phytochemical profile of cannabis.

Unlike subcritical CO2 extraction, the supercritical method produces a thicker oil that has a consistency similar to peanut butter. That’s because the higher temperatures and pressure can extract larger compounds, such as chlorophyll, waxes, and omega-3 and 6 fatty acids. Then, the product goes through the winterization process, which removes these substances, leaving behind the filtered CBD oil.

Subcritical CO2, on the other hand, yields extracts that look and feel like molasses.

The major benefit of using a CO2-extracted cannabis extract is the lack of additional solvents or too high temperatures. CO2 is considered a ‘green solvent.’ The use of carbon dioxide yields cleaner and healthier products. CO2 is a natural ingredient that appears as part of the breathing process upon exhaling.

Unlike solvents such as butane, supercritical CO2 doesn’t leave behind any toxic chemical residues. It is also recyclable, which makes it cost-effective.

The benefits of CO2 extraction include:

Aside from providing a clean product, the biggest advantage of using CO2 extraction is its ability to extract larger quantities of cannabinoids and terpenes than other methods. The cannabis plant contains over 115 identified cannabinoids on top of hundreds of terpenes and flavonoids. Even though CBD and THC share many similar benefits, an increasing number of researchers now believe that the real magic happens when you can get all the naturally occurring compounds together in one product.

Although not as abundant as CBD and THC, cannabinoids such as cannabigerol (CBG) and cannabinol (CBN) have potential health benefits as well. For instance, CBN has a link with a significant decrease in physical discomfort levels, while CBG has neuroprotective effects.

Then there are terpenes, which also modulate the effects of cannabinoids. For example, limonene can increase the absorption of cannabinoids and enhance other terpenes, while alpha-pinene could counteract short-term memory problems associated with THC. Myrcene may reduce resistance in the blood-brain barrier, resulting in a more effective passage of beneficial chemicals in the body.

The above effects are described as the entourage effect. This phenomenon refers to the synergy between all cannabinoids, terpenes, and other cannabis compounds; the synergistic effects amplify the benefits of the CBD extract while modulating potential side effects. While high-quality CBD isolate has its applications, full-spectrum products are potentially a better option if the user is looking to maximize the efficacy of their CBD oil.

CO2 Extraction Equipment: Why Are Some CBD Oils More Expensive Than Others?

We’re not going to deny that supercritical CO2 extraction is expensive, which carries over to the final price of CBD oils that are extracted with this method. Companies invest heavy financial resources in equipment and the team of qualified scientists who will operate the machines. Only then can we talk about high-quality products.

An average cost of a CO2 extraction machine is around $450,000 — and there are certainly more expensive units out there. Within this price range, you can buy a machine that will process up to 200 pounds of dried plant material each day. That’s why it’s possible to produce premium CBD extracts on a broad scale. The CO2 extraction system has the biggest workloads in the industry.

The features of CO2 extraction machines include:

A Final Word on CO2 Extraction

When buying full-spectrum CBD oil, it’s wise to invest more money in a high-quality product that will not only be potent but also pure and safe for consumption. Most reputable manufacturers use supercritical CO2 extraction to make CBD extracts. Pressurized carbon dioxide yields clean and healthy products due to the lack of toxic solvent residue.

Another major benefit of CO2 extraction is the ability of CO2 to pull as many desired compounds from the plant as possible. This makes CO2-extracted CBD oil a more ‘complete’ product,’ as it squeezes the most out of the original phytochemical content of cannabis. A growing number of researchers and experts recommend such products and believe they provide better and more consistent results than isolates.

While CO2 extraction makes CBD oils more expensive than other methods, keep in mind that the investment is on both sides. The manufacturer invests a lot of money in high-tech equipment and knowledgeable staff, so the price is actually the reflection of that investment. No company will be charitable enough to sell their products at a loss

CBD Oil Strength – Which Concentration Should You Choose?

Can You Take CBD Oil On A Plane?