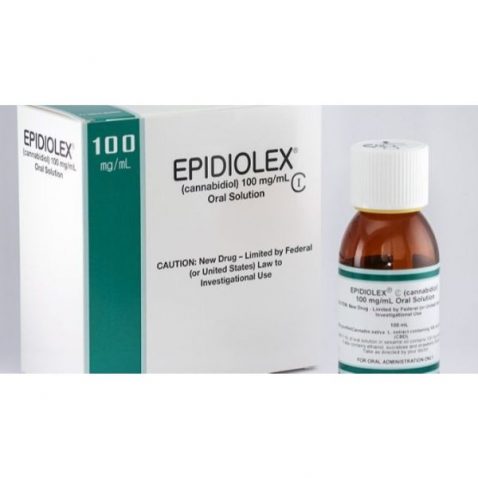 How Much Does Epidiolex Cost? (The Cost May Shock You)

In June of 2018, the FDA announced the approval of Epidiolex as a Schedule V drug. It was approved as a seizure treatment for people with Dravet syndrome and Lennox-Gastaut syndrome, two rare and extremely serious forms of epilepsy, three months prior.

GW Pharmaceuticals CEO, Justin Gover said, “We are pleased that the DEA has placed Epidiolex in the lowest restriction Schedule. This will make it easier for patients with LGS and Dravet syndrome to access this new treatment option. We’re excited to announce that Epidiolex is now approved by the FDA! With this final step completed in the process, we’re working hard to make Epidiolex available to patients within six weeks. There is much excitement for a standardized version of cannabidiol that’s been rigorously tested and approved by the FDA.

While this is surely progress, the DEA still doesn’t consider other forms of CBD, including those available on the market, to be legal. This highlights the federal government’s viewpoint that all CBD products are still a Schedule I substance.

According to the DEA, drugs in the highest risk category are those which have no medical value and are highly addictive. These are the most dangerous drugs, which include heroin, ecstasy, cannabis, LSD and other psychedelics. Methamphetamine and cocaine are both classified as Schedule II substances.

Epidiolex is a cannabis-derived prescription medication that has received FDA approval. It is the first of its kind in the US and will be expensive. The price for Epidiolex is not yet known, but it is likely to cost more than other prescription drugs in the US. After the FDA published its approval of the drug, GW Pharmaceuticals (a UK-based company) announced that it will release the price for Epidiolex soon.

Say what? Is Epidiolex really that expensive?

Epidiolex is a prescription medication, so it will not be covered by insurance. However, it can be cheaper than other CBD products available without a prescription. Epidiolex is the first FDA approved medication for treatment of seizures in patients 2 years and older with Dravet syndrome or Lennox-Gastaut syndrome.

Why is this important?

Comparing Epidiolex and other hemp-derived CBD products is difficult because the FDA-approved drug is so new. Nonetheless, it is clear that Epidiolex has shown effectiveness in significantly reducing the number of seizures in patients with intractable epilepsy.

How much does epidiolex cost?

Epidiolex is a new drug to treat seizures, but the cost is relatively high at $32,500 a year. In an August 2018 call with investors, GW Pharmaceuticals revealed that Epidiolex’s relatively low price of $30,000 to $60,000 reflects the price tags of other epilepsy drugs available on the market. The CEO, Justin Grover, said that the price is kept in line with those of other epilepsy drugs..

“We wanted to make sure that Epidiolex was priced the same as other branded epilepsy medications, said Grover in August after the price was announced. The final decision of the cost depended heavily on feedback from insurance companies.

Will epidiolex be covered by insurance?

Considering the price of Epidiolex (over $2,700 monthly), it would be beneficial if the drug was covered by insurance.

Will insurance companies cover Epidiolex, though?

Epidiolex is a new medication derived from marijuana. Insurance companies don’t cover medical marijuana, but they do cover FDA-approved drugs. Epidiolex has been approved by the FDA, so there’s a good chance it will be covered by insurance. This means that people are less likely to have to purchase medical marijuana from a dispensary if they have health insurance. Alternatively, people with health insurance may find Epidiolex is cheaper than purchasing CBD oil online or at a dispensary.

Epidiolex is a cannabis-based anti-seizure medication. It’s significantly less expensive than other treatments for the same condition. For patients who pay out of pocket or rely on Medicaid, it is as low as $5-$10 a month – cheaper than the cost of other medications.

What about those without health insurance who could benefit from Epidiolex?

How does epidiolex compare with buying your own cbd?

While this is true, there are other slight differences between Epidiolex and full-spectrum hemp CBD oil. For one, This is CBD that has been isolated from marijuana, which is typically referred to as CBD isolate.

CBD is a compound of the hemp plant. CBD is extracted from the cannabis plant, and this extraction process removes all other compounds to leave only CBD. Because CBD is only one type of compound, it is called CBD isolate. CBD isolate offers a pure form of CBD and is popular among CBD users.

Why? Everything has been removed but the CBD.

CBD has trace amounts of THC. That means that it could show up on a drug test. If you have extreme sensitivity to THC, it might affect you. If you want a pure CBD product, consider CBD isolate.

So how does Epidiolex compare with buying your own CBD?

Epidiolex is a new medication that has been shown to help with two forms of rare epilepsy. It is very similar to CBD products you can buy online, like full-spectrum CBD and CBD isolate. So far, the FDA-approved version of Epidiolex has been only approved for Dravet syndrome and Lennox-Gasaut syndrome. Could CBD or CBD isolate purchased online compare to the FDA-approved version?

CBD has been shown to help reduce and even eliminate seizures in many clinical and informal settings. Epidiolex, a new CBD drug by GW Pharmaceuticals, is now available to a much larger mainstream market. Many people argue that the effects of this drug are yet to be seen, as it has only recently been released.

Can anyone get a prescription for epidiolex?

Some people feel better knowing that a given medicine is approved by the FDA. It is understandable. Epidiolex, though, is only FDA-approved for two conditions at this time: Lennox-Gastaut Syndrome and Dravet Syndrome. It is an incredible drug that treats two rare forms of epilepsy: Dravet syndrome and Lennox-Gasaut syndrome. But not everyone can get a prescription for the medication. Luckily, you can buy high-quality CBD products online or in specialized stores all over the United States.

The FDA approval of this, a drug that is made from marijuana and will be used to treat epilepsy, is big news. It will be expensive, but worth it! Even if it’s expensive, people who need this medication the most will simply buy CBD or even make CBD products themselves for cheaper. We’ve all been there. Your doctor is recommending an expensive prescription, but you just can’t afford it. Luckily, over-the-counter options are not only affordable, but they are also safe and effective. CBD companies like ours offer assistance programs to help make CBD more affordable. We’ll be sure to keep you updated with the future of it. 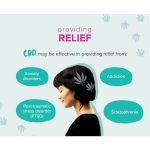 How To Use CBD for Anxiety

How to use CBD oil for erectile dysfunction