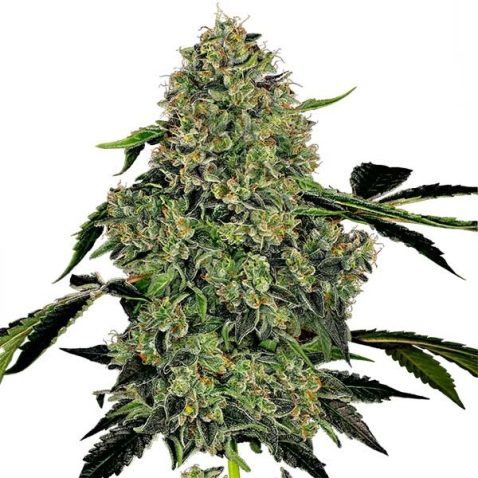 The Origins Of OG Kush Cannabis

From Florida to the West Coast og kush strain and into the hands of cannabis lovers all over the globe: that’s the story of OG Kush in a nutshell. Read on for an in-depth look at one of the biggest names in cannabis strain history.

WHAT IS OG KUSH?

OG Kush is a hybrid cannabis strain that’s earned its place among the most renowned cannabis varieties on the planet. Bred in the southern US in the 1990s, OG Kush is the direct product of cannabis prohibition and the shift to indoor cultivation that helped growers and breeders escape persecution at the height of the US War on Drugs.

During this shift, OG Kush stood out from other varieties because it delivered delicious, aromatic, and potent buds while being perfectly suited to the indoor grow room. Today, it is still revered by cannabis growers, smokers, and breeders across the globe for these, and many other, unique traits.

OG Kush is one of those strains that’s instantly recognisable to cannabis aficionados and connoisseurs. While its exact genetic lineage isn’t clear, OG Kush delivers big, yet balanced, effects.

While the cannabinoid and terpene concentration of OG Kush can vary from one seed bank’s variety to another, this strain is renowned for its high concentrations of THC. Its effects are best described as an uplifting and creative cerebral buzz that slowly transforms into a deeply relaxing physical stone.

Again, the exact aromas and flavours of OG Kush can vary from one seed bank to another. However, OG Kush is generally characterised by dank notes of earth and pine coupled with subtle woody undertones and fresh citrus overtones. Its flavours are dominated by sweet, earthy, and piney notes.

WHERE DID OG KUSH ORIGINATE?

The history behind the creation of even the most famous cannabis varieties is often complex and mysterious, and the story behind OG Kush is no different. And, while we have no concrete accounts on the true origins of this iconic strain, we do at least have plenty of interesting cannabis folklore to contemplate.

One thing we do know for sure? Kush strains, as a family, hail from the Hindu Kush mountains of Central Asia. When travellers from the West discovered landrace strains growing in this area during the 60s and 70s, Hindu Kush seeds were taken back to their homelands, where experimentation begun.

One of the main accounts on the origins of OG Kush suggests it was first bred by Matt “Bubba” Berger, a cannabis grower and breeder from Florida. Rumour has it that Berger had a few unique strains under his belt, including a Kush he called “Bubba” (which some believe was actually a Northern Lights cut) and a unique hybrid known as Kryptonite or “Krippy”.

In the 90s, a fellow breeder, known only as Josh D, apparently brought a cutting of one of Berger’s strains to LA. There’s a lot of debate around what strain Josh D brought with him, with some rumours suggesting it was Berger’s “Bubba” while others believe it was his Kryptonite. Whichever it was, Josh D tweaked Berger’s strain to create the OG Kush we know and love today.

OG Kush quickly became super popular all across the American West Coast, where it even gained the moniker “California Queen”. Not only was it loved by growers and smokers, but breeders even used cuts of OG Kush to create a wide variety of new hybrid strains, including Sapphire OG, Larry OG, Purple Kush, and many more. In fact, many Cali breeders and cannabis aficionados would argue that most classic Cali strains have been influenced, in some way or another, by OG Kush.

While the above is the most popular tale about OG Kush’s origins, it isn’t the only one. Some growers claim that OG Kush is either a Chemdawg phenotype or a Chemdawg/Pakistani Kush cross, depending on who you talk to. The truth, obviously, is far from verifiable, and, to some degree, doesn’t matter. What does matter is that OG Kush made its way up from Florida to the West Coast in the 1990s, where it quickly earned its place as one of the most iconic strains on the planet.

WHAT DOES THE “OG” MEAN?

Just like its history is highly debated by cannabis aficionados, so is the meaning behind the OG Kush name. For some, it stands for “original gangster”, paying homage to the gangster rap scene that was born on the West Coast and took the world by storm in the 1990s.

Rappers like Cypress Hill’s B-Real, for example, have coined that origin story, given that OG Kush (and cannabis in general) played a very important role in the music scene at this time.

Others, however, argue that the OG stands for “ocean grown”, given the strain’s origins, having been bred along the Florida coast and then brought to fame in California. Luckily, when it comes to the OG Kush name, we’ve got a bit more closure: some sources quote Josh D as saying, “We called it OG because it was authentic… the original”. 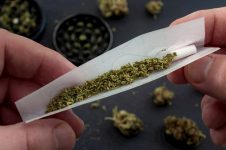 How to Roll The Perfect Blunt?

Is Using CBD Oil for Epilepsy Effective? The Latest Research

What is the difference between hemp CBD and cannabis CBD?