The US House of Representatives federal marijuanas legalized narrowly approved a far-reaching reform bill that would end marijuana prohibition by removing marijuana from the federal list of controlled substances. The bill would expunge the record of those convicted of certain marijuana-related offenses, and reduce sentences for others. Through a tax on sales, it would also fund services in communities most impacted by prohibition and provide support for a more diverse and inclusive market.

Bans at the state level would not be changed, though the MORE Act sends a powerful signal about the importance of building on the wave of state-level reforms that have resulted in 18 states allowing legal access to marijuana for adult use in recent years.

The move was heralded by racial justice advocates as a measure to address harm to Black, brown, and low-income communities who have been disproportionately affected by the biased enforcement of US drug laws.

The Marijuana Opportunity Reinvestment and Expungement (MORE) Act passed by a 220-204 vote on April 1. The bill, which the House previously passed in 2020, will next head to the US Senate. In addition, Senators Schumer, Booker, and Wyden plan to introduce a similar marijuana bill for debate.

This policy change has been a longtime focus of the Marijuana Justice Coalition, a partnership of organizations fighting for federal marijuana reform in the United States. The Drug Policy Alliance leads the coalition, which also includes the ACLU, Clergy for a New Drug Policy, Immigrant Defense Project, and Students for Sensible Drug Policy. Human Rights Watch, a founding member of the Marijuana Justice Coalition, has researched and reported on the devastating effect of US drug laws on Black and brown communities since the late 1990s.

A 2016 Human Rights Watch report documented that Black people were much more likely to be arrested for simple drug possession – including marijuana possession – than white people, despite the fact that white people use marijuana and other drugs at the same rates as Black people. The MORE Act, with its focus on racial equity, is an important step toward repairing these and other harms caused by marijuana prohibition at the federal level.

Human Rights Watch has also studied the long-term impacts of minor drug convictions on immigrants, which can result in deportation, ineligibility for asylum, and the inability to obtain papers to live legally inside the US. The bill would protect noncitizens from immigration consequences due to a cannabis-related event, which is a key recommendation made in past Human Rights Watch reports.

Human Rights Watch will continue to advocate for these efforts as they are introduced in the Senate. 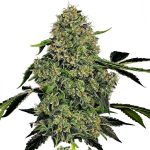 The Origins Of OG Kush Cannabis